In this solo exhibition, opening at the Port Hawkesbury Civic Centre on November 26, 2018, Halifax-based artist and editorial cartoonist Bruce MacKinnon will showcase his suite of caricature-portraits of Canada’s prime ministers past and present. This exhibition, curated by David Diviney, Curator of Modern and Contemporary Art at the Art Gallery of Nova Scotia, premiered in Halifax in August of 2017 and will now be traveling to Port Hawkesbury for its second showing.

The J.Franklin Wright Gallery  will host an opening reception on November 25, 2018 at 2:00 p.m. where attendees will have the opportunity to hear from the artist. Admission is free, however, reserved seats may be obtained at the Civic Centre box office. The exhibition will be open to the public from November 26, 2018 to February 17, 2019.

Included in the exhibition are examples of works-on-paper and paintings created by MacKinnon between 1993 and 2017 that together depict all 23 prime ministers, from Sir John A. Macdonald to Justin Trudeau. Through MacKinnon’s signature wit and brand of satire, these works make visible the politics and events that have helped shape our country’s history and the society in which we live today.

Bruce MacKinnon has been described as "among the new breed of distinguished artists” in editorial cartooning, a genre that goes back centuries. Since 1985, he has worked for the Halifax Chronicle-Herald and his work there has been widely recognized locally, nationally, and internationally. In 2011, he was made a member of the Order of Nova Scotia. In 2013, he was the recipient of an honorary doctorate from NSCAD University and the Friend of St FX Award from St. Francis Xavier University. Upon being appointed to the Order of Canada in 2016, a news release from the Governor General praised MacKinnon for being “fearless, thoughtful and provocative” and “one of Canada’s most talented and respected editorial cartoonists." 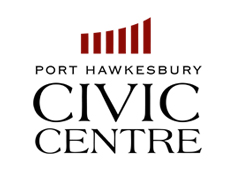